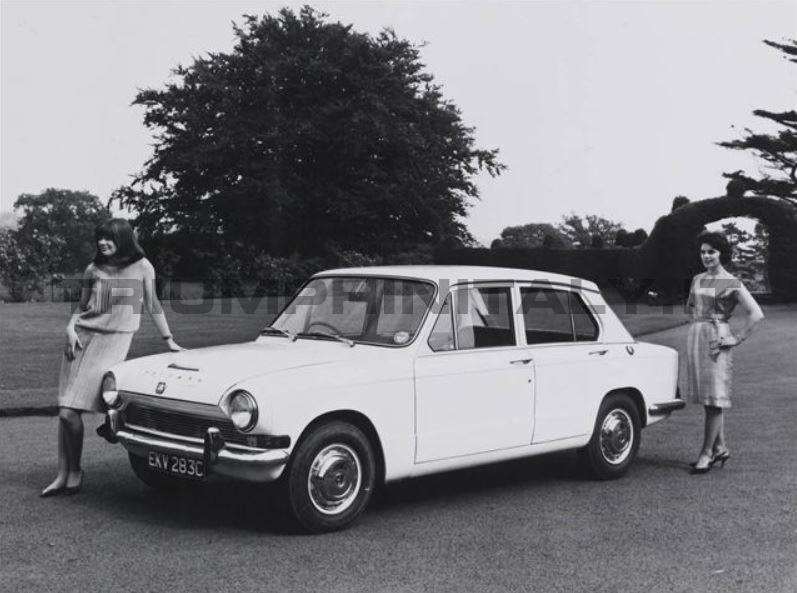 Designed by Giovanni Michelotti, the Triumph 1300 was presented at the London Motor Show in October 1965 but sales begun only in January 1966. Sold at 868 Pounds, the 1300 was available only with a four- door saloon body, with a line resembling the style of the larger 2000. The 1300 was the first front-wheel drive car in the Leyland group: she was equipped with the same 61 HP four cylinders engine installed on the Triumph Herald 13/60, installed longitudinally. The front suspension had double whishbone, while the rear ones had longitudinal arms. The interior was nicely refined and roomy, the instrumentation was complete and the ventilation was excellent. In 1968 the 1300TC was added to the range , sold at 909 GBP and equipped with the more powerful 75 HP engine from the Spitfire MK3, that allowed the TC to achieve a top speed of 145 Km/h. Triumph developed also an "Estate" prototype version of the 1300, that was however never put into production.