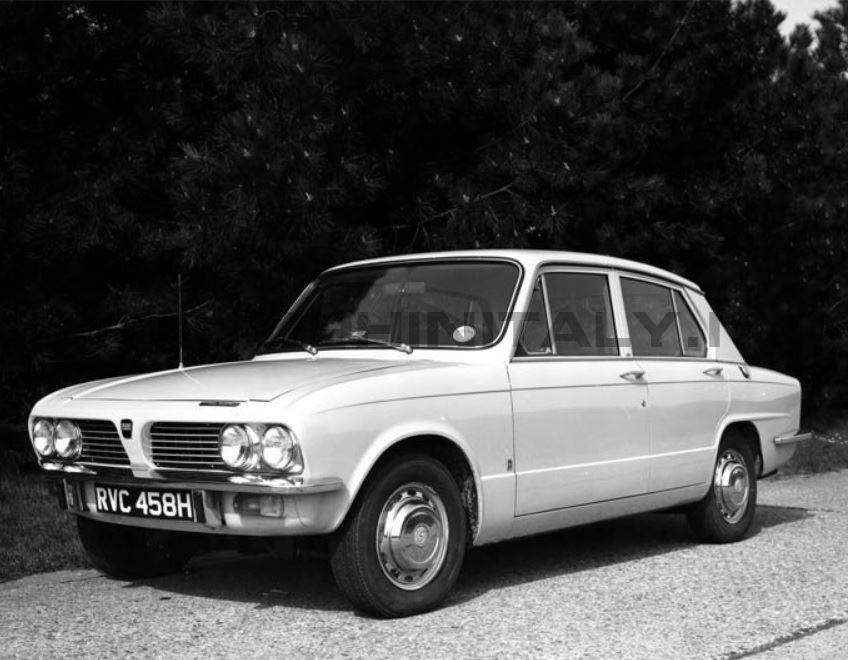 The Triumph 1500 substituted in August 1970 the preceding version 1300: the new model had the same central body part of the 1300, with a completely redesigned front part, now with twin headlights, and rear part now longer and with new horizontal rear lamps. The 61 HP, 1493 cm³ engine was equipped with a single SU carburetor; the suspensions had coil springs on each wheel, but only the front one were independent, while the rear had a rigid axle: this solution was a step back with respect to the fully independent suspensions of the old 1300,. In 1972 the engine was upgraded to 65 HP by adopting a new carburetor, while in October 1973 the 1500 was substituted by the TC version: this new model maintained the 1.493 cm³ engine updated with two SU carburetors, that allowed a top speed of 148 Km/h, but abandoned the front-wheel drive in favor of a rear-wheel drive with differential ratio 3.63:1.