The Round Britain Reliability Run

If you are a Triumph enthusiast you have to know the RBRR. If you don't know the RBRR, this is your best opportunity. The Round Britain Reliability Run is a Club Triumph event held every two years since 1966. It's a car run from London to John O'Groats, the northest place in Scotland, to Land's End, the westest place in Cornwall, and then back to London: 2000 miles (3200 km) in 48 hours of non-stop driving. From October 4th to 6th Alessandro and Giovanni - two of four creators of this website - flew to England to join Laurence on his Triumph 2000 Mk1, formed Team BrIt (no. 31) , and been part of the Round Britain Reliability Run, a challenge accepted since 1966 by Triumph enthusiasts from all over the world. Italy apart: indeed, we've been the first Italian drivers at the RBRR! Here are some data from our British weekend, but if you want to read more about the RBRR, click here. 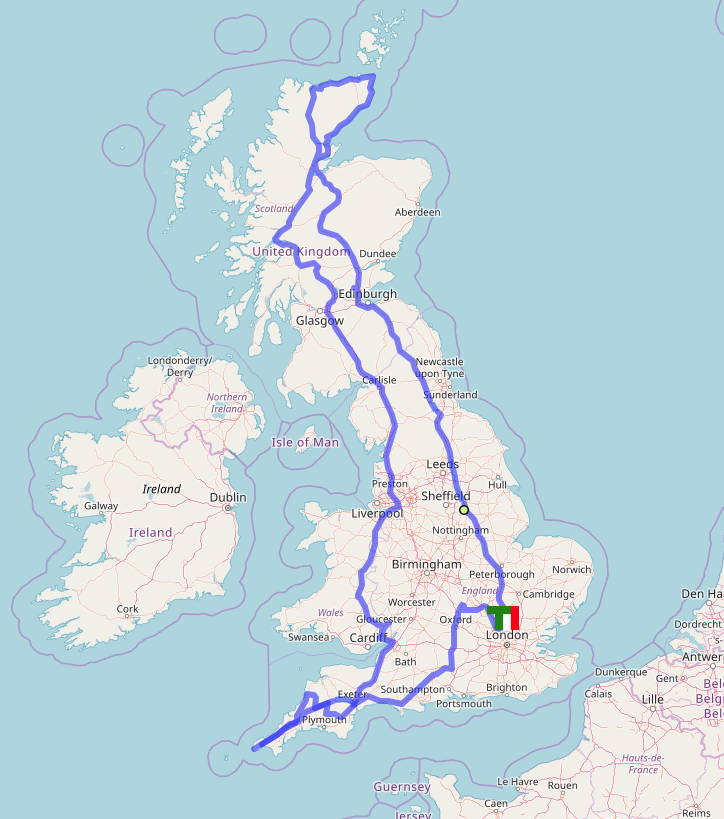