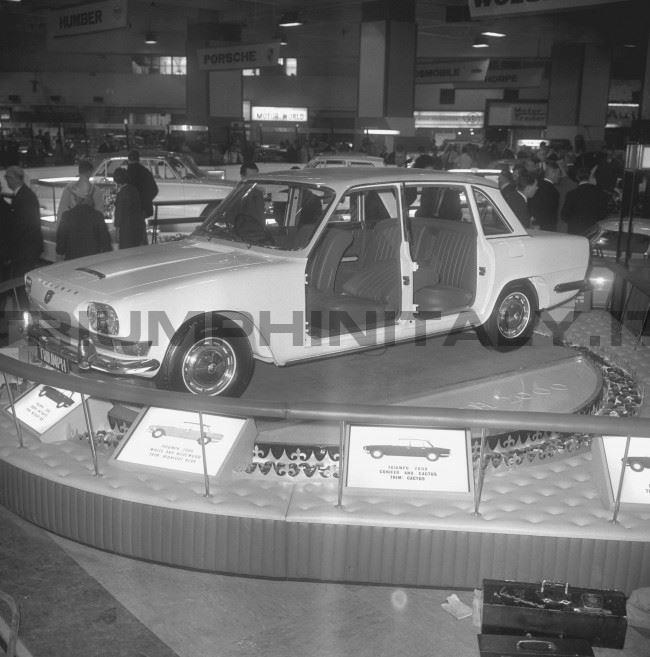 Presented in October 1963 at Earls Court in London and designed by Giovanni Michelotti, this new high end saloon was characterized by a classical and elegant line and by a mechanic featuring a six cylinders engine and independent four wheels suspension. The gearbox had four synchronized speed with optional Overdrive, and there was also the possibility to choose a 3-speed automatic gearbox. An Estate version was also available (weighing 1219 to 1243 kg, depending on the engine). The Estate version was not imported in Italy. In 1968 the 2000 was flanked by the 2500 PI, produced in 9029 units and with an engine size increased to 2498 cc with Lucas injections, increasing the power to 132HP: The Triumph 2000 substituted the Standard Vanguard and marked the abandonment of the Standard brand by the Leyland Group.