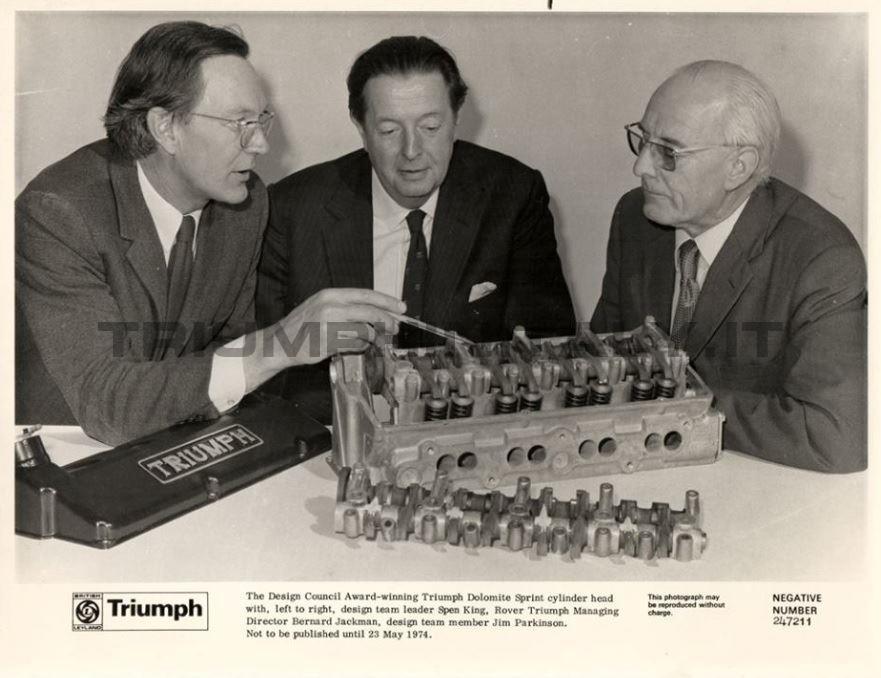 The Sprint, the more advanced of the Dolomite family, was presented in June 1973, costing 1.740 GBP, and was produced unitl 1980. Charles Spencer “Spen” King with his team of engineers developed a four cylinders engine of 2000 cc, 127 HP, and with a four valves per cylinder head with all 16 valves actuated by a single shaft, instead of the more common solution with a double shaft. This solution awarded Triumph the “Design Council” prize in 1974. The Dolomite Sprint is considered the first 16V mass-produced car in the world. The performances were as it should be expected: 0 - 60 mph in 8,4 seconds, top speed 192 km/h. The standard equipment was similar to the 1850HL, with the addition of alloy wheels, vinyl roof and twin exhaust terminals. The whole driveline was revised: stiffer suspensions, gearbox, transmission and brakes upgraded. As optional, overdrive and automatic transmission were available. As for other British Leyland models, also for the Dolomite Sprint tuning components to further increase the already excellent performances were available.

Everything about the: Dolomite Sprint